5 Reasons Why We Will Never Forget John McAfee 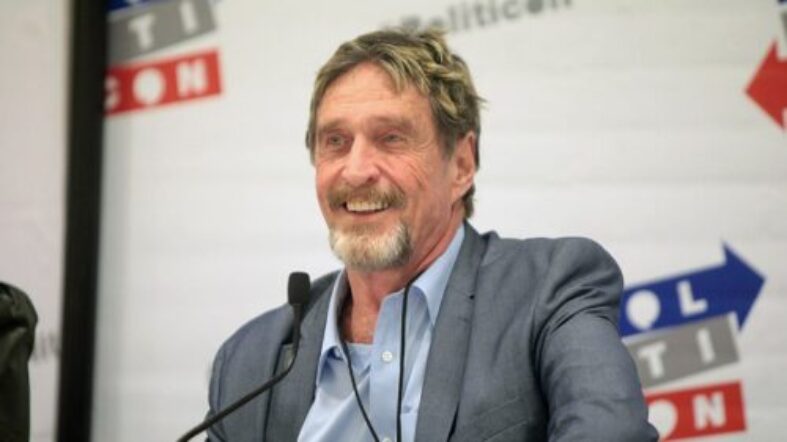 As soon as the news broke that McAfee had died, there was a sudden surge in interest in his life and work, especially because of the persistent rumors that have surrounded his death despite the Spanish authorities claim that he hanged himself in his cell. Since October 2020, McAfee has been held in a Spanish prison awaiting trial on charges of tax evasion in the United States. John McAfee net worth is proof enough of the impact he made on the world and the kind of businessman he was.

world and the kind of businessman he was. The world will never forget him since he left a lasting legacy with 5 noteworthy accomplishments.

No matter who you are, you have almost certainly heard of John McAfee the man known as “McAfee,” McAfee is a pioneer in cybersecurity and a very popular choice among Windows PC users for antivirus software. According to some, John McAfee was largely responsible for the rise in business throughout the 1980s since he created the anti-virus software that was designed to fight against the Brain virus, the first computer virus designed for IBM PCs.

In 1987, McAfee Associates started to exploit the growth of antiviral technology to increase the firm’s financial returns. And that is precisely what happened, albeit it was created without the inventor. McAfee sold his stake in the company in 1994 for $100 million but, after the 2007 financial crisis, his net worth dropped to roughly $4 million.

Once He Was Laid Off, his Work Emerged

PowWow was a short-lived Windows-based instant messaging application created by the McAfee Corporation after his departure from the company that bears his name.

McAfee’s primary concern has now shifted from computer viruses to the very real threat of infection by 2008. As part of his quest to discover herb-based medications that he claimed could inhibit quorum sensing, the mechanism by which bacteria communicate with one another, he moved to Belize, a Central American country. In 2012, the Gang Suppression Unit of Belize conducted a raid on McAfee’s factory, which resulted in the discovery of large quantities of meth. His dog was killed, and his passport and guns were taken away during the incident. He was released without being charged. In response to McAfee’s outspoken criticisms of the nation’s corruption, the government conducted a raid on his house.

McAfee claims that the Guatemalan government was planning to assassinate him, which is why he moved to neighbor Guatemala. He was taken into custody in Belize, but he passed away from two heart attacks before he could be repatriated. He later admitted that he faked the heart attacks to get the government to repatriate him to the U.S. When he was recovered in December 2012, he was sent back to Miami.

In September 2015, he announced his intention to run for president in the 2016 election, intending to establish a new political party called the Cyber Party. A year later, he completely changed direction and announced his intention to run for the Libertarian Party’s nomination, in addition to suggesting such things as a reorganization of the U.S. federal government’s cybersecurity system. His ranking was third, as he was beaten by Gary Johnson.

He was imprisoned in Spain

One of the main causes of McAfee’s legal troubles in the US is his pro-cryptocurrency attitude. In October of 2020, McAfee was arrested in Spain by the Department of Justice, and the DOJ subsequently requested that he be extradited to the United States for tax evasion. Later, he was charged with securities fraud by the SEC the same day.

After moving back to the United States, McAfee came to fame as a computer pundit and bitcoin advocate. The SEC said that between November 2017 and February 18, 2021, Pompliano received $23 million by using his Twitter following to promote various cryptocurrencies without disclosing that he was compensated to do so. While he was also accused of participating in “pump and dump” scams, in which he purchased large quantities of unknown, low-cost cryptocurrencies, promoted them on Twitter, and then sold them for a big profit, he was also accused of purchasing a large quantity of unknown, low-cost cryptocurrencies, promoting them on Twitter, and then selling them for a big profit.

During the Gregory Faull murder case in 2012, McAfee fled justice by traveling to Central America, where he was arrested and held in a detention facility before being deported back to Belize. In order to provide time for his legal team to avoid being handed over to Belizean authorities, he had earlier pretended to suffer a heart attack.

When Epstein was found dead in his jail cell in July 2019, he seems to have committed suicide much as John McAfee did when he passed away in his Belizean home in November 2018.

McAfee was unambiguous in stating that his political involvement was inevitably linked to his attempts to capture and punish him.