Credit and Your Future: 7 Important Facts About Building Your Credit for a Better Future 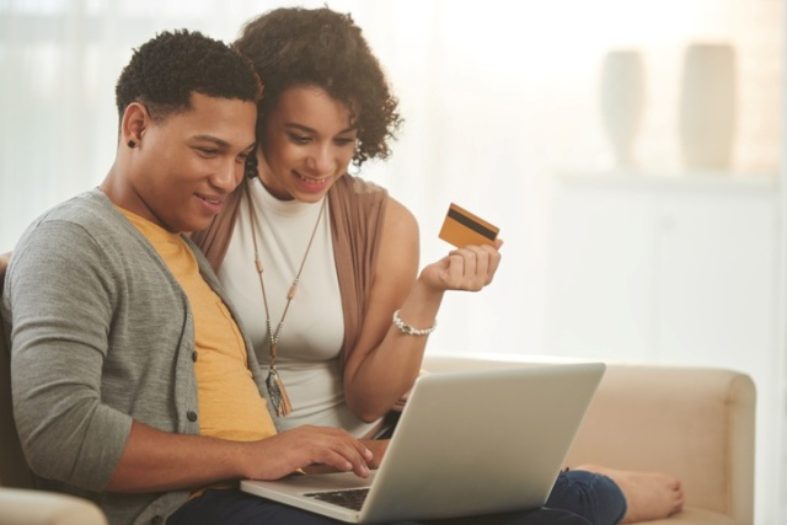 Generally speaking, you want to keep your options open in life. But bad credit can have exactly the opposite effect – it can make your life miserable when trying to fund a new home, finance your passions, or even a new job. This is why it’s important to think about your financial moves before committing to them; if you keep making the right ones and plan your financial future as much as possible, bad credit will never become an issue. But what can you do to improve your situation moving forward?

Too many people choose to take it easy and pay their bills when they feel like it, and it has nothing to do with their financial ability to make a payment. It’s just that they often pay their utility bills a week or so after the deadline has passed.

What’s the problem with this, you might ask? Well, for starters, not paying on time counts against your credit score. Even if it’s something as innocent as paying your electricity bill a couple of days late, you will be treated as someone less reliable, which is not something you should be aiming for.

Don’t even think about failing to make a large deposit or find yourself in a situation that calls for drastic measures like debt collection. If you let it slip through, your credit score will sustain a massive hit that’s going to be hard to recover from.

If at all possible, stick to the schedule and never miss your payment. Remember, everything counts, down to the last (innocent) detail.

Even if you leave an account completely stagnant, if it’s old rather than new, it will positively impact your credit score.

You might think that since you’re not using it, it’s better to simply close it and be done with it, right? Wrong. Most financial experts agree that it’s much better to leave your accounts open, even if you’re not using them at all. After all, this has a positive effect on your credit score, and therefore, makes plenty of sense.

Even if you close an account you believe is doing you more harm than good, your credit score will not reflect this immediately. But since the verdict is clear in terms of what’s more beneficial, why not let your accounts age like fine wine and let them have a positive impact on your credit score? You’ll gain far more than you’ll lose (if anything).

As already said, don’t close your accounts if you’ve already opened them. But if you haven’t opened them yet, the advice has reached you in time so you won’t be making a mistake you’ll regret later on.

Basically, numerous people get lured into opening multiple accounts and having many different credit cards at their disposal, thinking they’ll have more options open to them if the need arises. However, the problem with accumulating too many credit cards is that they make it too easy to fall into the trap of spending above one’s means.

Not only will you be prone to spending more, you’ll also make the overall task of managing your finances a bit harder. Is it not much simpler to keep track of your deposits and payment by only having one central account from which you can have a great overview of it all?

Moreover, too many inquiries into your credit can seriously hamper your credit score, so you need to avoid this if at all possible.

Many people like to live on the edge, thus maxing out their credit cards without giving it a second thought. But you’re better than the average Joe, aren’t you? Hence, avoid making the mistakes the average guys often do.

Not maxing out your credit card is especially important if you have no intentions of paying it back in 30 days or less. As it turns out, those who have a tendency to max out their credit cards, are also likely to be problematic when it comes to having to repay their debt.

So what’s the optimal credit limit? Ideally, don’t live above your means and don’t borrow a thing. But if you absolutely have to, the amount you borrow should not exceed 30% of your credit limit. In extreme cases (when the situation call for it), going up to 50% is fine. But any more than that, and you could potentially land in all sorts of trouble.

Building good credit is tightly connected with being a financially responsible individual. Your credit score reflects your behavior and financial decisions, so whatever your good or bad credit score is saying about you, it’s probably right (even though this is probably not what you wanted to hear).

Nothing displays reliability and control over one’s finances than displaying that you can make your payments in full whenever needed.

Essentially, by only charging what you can afford to pay, you won’t ever have to worry about not having enough funds in your account. But this is not only for the sake of getting rid of worries, although it’s very welcome side-effect. You’ve come here to increase your credit score and set yourself up for a much more favorable financial future.

You see, having a good credit score is what creditors and lenders like to see because it displays your reliability, responsibility, and trustworthiness. One’s words may deceive them, but actions never lie – this is why they’re using your credit score as a basis to determine whether they’re going to approve you or not.

So the correct strategy is simply giving them what they want to see, and – in return – they’ll reward you with their trust and funds.

If you can pay for an expense out of pocket, you should most definitely do so. Otherwise, if you’re thinking in terms of borrowing money for every occasion, future lenders may see you as an unreliable individual.

However, by only borrowing money when absolutely necessary (and paying back on time), you demonstrate your ability to be responsible when handling finances and as such, lenders will be more likely to entrust you with their financial resources in the future. Borrowing as little as you need is also a good way to ensure that you stay debt-free for as long as possible.

Some people are known to take the bait of taking a larger loan than they need, just because the lender says they’re eligible. But what’s the point if you aren’t going to be spending it anyway? And even if you were to spend it, it would probably be on things you don’t really need.

Simply put, before taking a loan, you need to review your finances in order to determine whether you need it in the first place. And if you do need it, don’t apply for a loan on multiple websites, as doing so will not increase your chances of being approved. The reason being is that every time a service provider checks your credit score, it counts against you, and your credit score will tank for no apparent reason.

Therefore, checking an independent lender comparison website like LoanReviewHQ is a good idea because it lets you determine who you should be working with due to reliability, flexibility, and good terms you can only get from one of the top-rated providers.

Many people share the belief that having a card balance is something that isn’t exactly beneficial to your credit score. However, if you do it right, it is nothing to worry about.

So what can you do to better your situation? To start off with, don’t just pay off the bare minimum just to get it off your chest. Instead, pay back a bit more. The key is to keep your balance at a reasonable level, no need to resort to extremities.

You should also follow other good practices such as not making late credit card payments (surprise, surprise) and simply strive to maintain a reasonable level of card balance. As already mentioned, keeping it below 30% is ideal.

Given that you’re following these guidelines, carrying a balance – much to some people’s surprise – won’t actually have a negative impact on your credit score. However, don’t go around thinking that once you’ve established a good one that you’re invincible; to the contrary. As a matter of fact, ruining one’s good credit score is much easier than trying to rebuild it from the ground up. So make sure to plan ahead, and you’re unlikely to find yourself facing such problems.

That should take care of it! Applying what you’ve learned today should ensure that your future monetary endeavors bear fruit and that lenders won’t be rejecting you merely on the basis of your credit score. Remember, the future of your credit depends on the actions you decide to commit to in the present and everything you do counts in one way or another. So never make rash decisions when dealing with finances, and you should be fine.