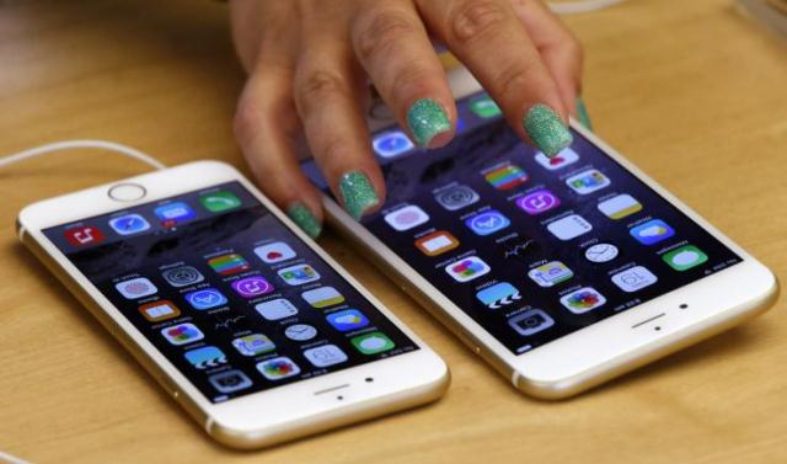 The big wireless carriers may have curbed their price wars over the summer, but thanks to Apple (AAPL), they’re suddenly getting aggressive about iPhone prices.

T-Mobile (TMUS) CEO John Legere took to his blog on Thursday to announce that customers could get an iPhone 6S on his company’s Jump on Demand upgrade program for only $20 a month. Sprint (S) says its customers can pay as little as $15 per month for the new iPhone if they trade in their old phone (otherwise it’s $22 monthly). Both offers allow customers to trade in their 6S for next year’s new Apple model at no additional charge.

Those prices undercut AT&T (T) and Verizon’s (VZ) current monthly prices for iPhones, which generally start at $27 a month for two-year plans without upgrade rights, as well as Apple’s own brand new installment payment and upgrade plan offerings. Of course, customers get to keep their old phones at the end of two years on those plans — the upgrade plans require that the old phones be returned to the carrier.

There should be more news soon. AT&T is expected to come out with a new iPhone offer imminently, while Verizon has reportedly already been emailing some customers with early upgrade offers.

Apple ignited the latest round of iPhone upgrade excitement at a keynote address in San Francisco on Wednesday where it unveiled the iPhone 6S and 6S Plus. The new phones have a couple of enticing features for users, like improved cameras and “3D touch” screens, along with the new option to buy directly from Apple and pay in monthly installments. Yahoo Tech’s Dan Howley has a rundown of everything Apple unveiled.

Apple doesn’t sell the most phones in the world, but it’s hard for other phone makers to match the devotion of Apple customers. Even before the keynote had begun, some iPhone fans lined up outside Apple stores for the phones, which won’t be available for pre-order until Sept. 12 and delivery until Sept. 25. Carriers have found selling iPhones is critical for attracting many customers — CEO Legere has said getting the iPhone into T-Mobile’s line-up was one of his top priorities when he took over the company three years ago.

Some think installment plans may make consumers more wary of buying iPhones because the total payment amount comes to more than people paid directly under the old subsidized sales model. But that hasn’t proven to be the case, as many consumers perceive the elimination of the $199 or more upfront payment for the phone itself as a big savings.

“As surprising as it is, consumers still do not think about the total cost of ownership over the period of the lease,” notes Carolina Milanesi, chief of research at Kantar Worldpanel ComTech. “In some cases, the upfront cost is even lower than what it would have been on a traditional contract.”

Apple still offers iPhones starting at $199 for people on the old style two-year contracts with their phone carrier. But it’s becoming less and less the case as phase out two-year agreements, leaving customers to pay for the full cost of their phones, often through monthly installment plans.

Apple’s new basic installment plans run for 24 months and start at $27 per month for the entry-level 6S. A buyer owns the phone at the end of the two years. That matches the standard installment plans from all the carriers. (All phone payments are separate from the carriers’ monthly fees for service which cover voice calls, texting and data usage.)

Apple also largely copied the smaller carriers’ easy upgrade plans, with plans starting at $32 a month that offer buyers the chance to trade in their phone for a new one every year at no additional cost. Apple’s upgrade plan is much more expensive than those from T-Mobile and Sprint, though it also includes the AppleCare extended warranty plan — otherwise available separately for a one-time fee of $129.

Bargain-focused consumers who don’t mind giving up some convenience to save money may be better off buying an iPhone without an upgrade plan and selling it themselves. For example, under Apple’s upgrade plan, a consumer with an iPhone 6S 16GB model will have paid $384 the first year before trading that phone in for the 2016 model. But just buying the phone for $650 and selling it at the end of the year could be cheaper. Used phone marketer Gazelle is paying about $350 for last year’s used 16GB iPhone 6, for example. After selling the phone, the consumer who paid $650 would be out only $300.

Oddly, used iPhone prices for models with greater storage are barely higher than the prices for 16GB models. Because the 64GB and 128GB models cost more to buy outright, that means a consumer could actually come out ahead by going with one of the upgrade plans.

And people who really value their money can save by not upgrading as frequently, switching to a much cheaper Android phone or even buying a used iPhone themselves. The carriers are hoping that the new upgrade plans, which closely resemble car leases, will keep customers perpetually paying for phones the same way people who lease cars always have a car payment.

The carriers and Apple plan to resell all the used phones that customers on the upgrade plans trade in. And that complicates the equation a bit for consumers, since sales of all those used iPhones could depress prices in the future. That would hurt anyone who planned to recoup their investment in an iPhone, as well as the carriers and Apple.

“That’s a real risk at some point in future, because there’s an eventual ceiling on how mane people want to buy refurbed devices,” says Jan Dawson, chief analyst at Jackdaw Research. “This is a big potential future issue.”

Apple and the carriers might have to raise prices for the upgrade plans and cut back on promotions if they don’t recoup as much money as expected from sales of used iPhones.

But until then, expect more deals as iPhone upgrade excitement grows to a fever pitch in coming weeks.